Which States Have the Highest Demand for HVAC Workers in 2021-2022?

Local, national, and global forces are contributing to increased demand in the U.S. for HVAC professionals. By illustration, the Bureau of Labor Statistics (BLS 2021) projected a 4 percent increase in openings for HVAC mechanics and installers between 2019 and 2029—as fast as the average rate of growth for all occupations nationwide.

There are varied reasons posited for the thriving HVAC industry. New building construction, the retrofitting or replacement of old systems, and evolving environmental laws are only three of the forces fueling this demand for qualified technicians. The Freedonia Group predicted 3.3 percent annual growth through 2021 in the commercial HVAC/R sector. The report attributed the growth to the rising demand for more efficient HVAC systems and those which have a higher degree of technological sophistication.

Furthermore, Freedonia expected residential market growth to exceed that of the commercial market through 2021, especially for warm air furnaces. (However, this was predicted before the impact of COVID-19. These predictions might just be a little below expectations.)

Continuing research has confirmed the anticipated growth in the HVAC market. For example, a 2019 report from Research Cosmos shows strong growth expected “over the forecast period 2019-2024.” They attribute the strength of the HVAC market to “widespread adoption across the North American region, due to the multiple advantages HVAC systems offer, most notably power-saving techniques.” As with past research, more recent research also sees growth in the “replacement market” as newer energy-efficient systems replace aging systems.

The industry report from Grandview Research (2021) is also optimistic, forecasting strong growth through 2028. They cite factors such as “extreme climate conditions, availability of high-efficiency equipment, and growing construction activities.” They additionally expect energy credits from the federal and state governments to contribute to the growth of the HVAC industry.

HVAC and HVAC/R installation require skilled technicians. The equipment has become increasingly sophisticated, and the system is an integral part of the IoT in many structures. More and more of the components are automated, but the installation still requires a skilled professional. Every system is unique.

Using rates of new construction and other factors, this guide explores the top states for HVAC installers in the U.S. in 2021 and 2022.

States With the Highest Construction Rates

According to Research and Markets (September 2020), nearly 61 percent of the construction market is located in ten states. The following five states report the most construction work:

The remaining five of the top ten states for construction are Washington, Georgia, North Carolina, Pennsylvania, and Ohio.

States that Employ the Most HVAC Workers

The Bureau of Labor Statistics (BLS May 2020) found that the following states currently have the highest number of HVAC and HVAC/R workers employed:

So, where is the demand expected to be the highest? According to Projections Central (2021), the following twenty states will have the highest expected percentage increase in positions for HVAC mechanics and installers between 2018 and 2028:

The order of the top-employing states changes when expressed as the absolute number of jobs added rather than as a percentage. The states with the highest expected number of new openings for HVAC mechanics and installers include:

Reasons vary why these particular states are experiencing the most growth in HVAC.

For example, most of Arizona is hot and dry, so residents need cooling systems. Agriculture is also a significant part of Arizona’s economy, so cold storage facilities and refrigerated transportation are essential. Manufacturing in the state has increased, particularly for electronics and communication components. Manufacturing facilities often require specialized climate-control systems. More people, especially Americans over the age of 65, consistently move into Arizona than move out, which has led to increased construction of residences and facilities.

Similar to Arizona, agriculture and its refrigeration requirements in Florida contribute to the need for HVAC technicians. Florida also draws residents from colder northern states, which means the construction of new residences and facilities to accommodate them. However, tourism is the mainstay of Florida’s economy. The hospitality venues drive the need for climate-control systems.

The state of Washington is another example. Western Washington tends to be gray, chilly, and often rainy. Eastern Washington is hot in the summer, cold in the winter, and dry most of the year. The economy is diverse, with a substantial interest in tech and engineering plus agriculture. At a commercial level, companies like Microsoft, Boeing, or Amazon require specialized systems to keep equipment at the proper temperature.

Another factor is relative economic strength. States with industries doing well generally have higher rates of construction and a higher demand for HVAC professionals. For example, WalletHub (2021) placed Utah as having the strongest economy of all the states. Washington was second, followed by California, Massachusetts, and Idaho.

In their latest rankings of the best states, the U.S.News & World Report (2021) also named Utah as having the strongest economy, based on employment, business environment, and population growth. Colorado, Idaho, Washington, and Massachusetts completed their list of the top five. Technicians interested in considering other states will find an alphabetical listing of the economic strengths and weaknesses in Kiplinger’s 2020 economic outlook for all 50 states.

Overall, each state has a unique combination of economic prosperity, job opportunities, and weather patterns that may make them ideal locations for HVAC/R professionals.

Sandra Smith was introduced to the HVAC industry when she worked as a bookkeeper and secretary for a small air-conditioning contractor. She eventually became a CPA and started her own practice specializing in small business taxes and accounting. After retiring from business, she began writing articles for newspapers, magazines, and websites. She also authored four books. Sandra makes her home in the mountains with a rescue dog that naps on her lap as she writes. How to Help Customers Save Money on their HVAC Systems

This winter is projected to be slightly colder than last year, but some consumers may feel a serious chill when they get their energy bills....(more) 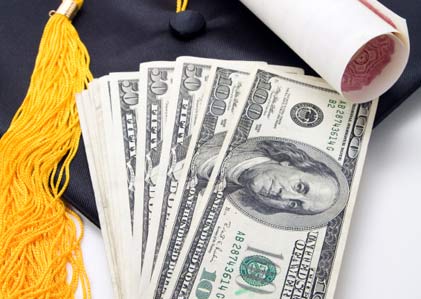 Luckily, HVAC students seeking financial assistance can partake in a variety of scholarship opportunities designed to get more people working in the industry. These are...(more)